When you belong to yourself, you'll be at home in the Universe!

Have you ever had an experience in your past that suddenly took on a different meaning and significance from what you had always thought? Maybe you found out a memory you had was not truly what it seemed to be at the time?

When I was growing up, I attended a school mainly for missionary kids in the Himalaya mountains in India.

As a boarding school, there were plenty of rules and regulations about behavior, and who was where, when and with whom!

The Junior-Senior Banquet was one of the social events of the year. In elementary years we saw the big kids all dressed up for this prom-like event and could hardly wait till it was our turn.

So finally, it’s our turn! Figuring out a dressy outfit (I wore a silk sari!), wondering if I’d be asked by one of the boys (I was!) and then going to the fancy meal in a highly decorated dining room (“Yellow Submarine” was a theme one year) – All sooo exciting!

Afterwards there were parties – one was a dance and the other was a gathering for those who “weren’t allowed” to dance. (I’m sure I was supposed to go to that one. Can’t remember if I did or not.)

Several friends and I had told our parents we’d be at the high school girls’ dorm supervisor’s apartment for the night.

But instead… we went to the “top of the hill” – a favorite hang-out place especially if you wanted to get away from the reach of the teachers and supervisors.

We snuck away from the party, stifling laughter, and headed up a rocky path, shining flashlights only if absolutely necessary. I remember a bright moon which helped!

Up at the top of the mountain there was a road that circled a couple of the peaks, and on the back-side of one of them was a graveyard, where kids often went to smoke or whatever else they were into… We stayed there a while, relishing the freedom and excitement of breaking out, but not doing anything “bad”.

Eventually we got tired, and headed back to the dorm, intending to get up to go to church in the morning.

Well… it was broad daylight when my roommate and I woke up – too late to make it to church, and we knew we were in trouble, as attendance was taken for church services.

A few days later, my dad sat me down in my bedroom and grilled me on what we had done, where we had been, who all was there. I did my best not to say anything – I didn’t want to “tell on” my friends, but eventually I gave in and told.

I was SO mad at my dad for forcing it out of me, and at myself for giving in.

I’ve carried that as a bitter memory all these years, but as I reflected on it recently, it occurred to me that he was just doing what a lot of people do – he was trying to control me and my behavior so that he, as a Mennonite missionary, wouldn’t feel embarrassed by a daughter who was breaking rules.

But the truth is that no one can make anyone else feel a certain way. The choice of how we feel is ours, and happiness is an inside job.

I could easily see that truth as I looked at my dad’s reactions.

And then… I suddenly realized that all these years I had been blaming my dad for his intrusiveness and coercion, and for making me unhappy.

The truth is, no one outside of him or me can make us feel angry or hurt.

The truth is, happiness is an inside job, and that lets us both off the hook.

I can’t go back and change any of what happened, but I can change the story I tell, and thus change how I feel. I can see that he was doing the best he knew to care for his beloved daughter and keep her safe. I can release the memory of my guilt and shame for betraying my friends.

It all really did end up okay back then, except for the pain-filled story I carried all these years.

And now that I see it, I can let go of it. I can choose to be happy and free. I can heal my relationship with my dad even though he’s gone.

Where are you being held hostage by painful, blaming stories about events and relationships in your life?

How might you take back the power you mistakenly gave to the situation or person?

Be listening for your own “stories” in the next couple of weeks and see where you can tell another story and so set yourself free.

I Want You To Thrive!

For a powerful process to help you keep (or regain!) your balance no matter what life throws your way, sign up to receive my complimentary guide, “Caring For Your Emotional Garden: 3 Simple Steps to Blossoming” 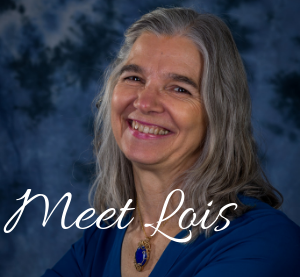 I have had an amazingly varied life...  I had the unusual experience of growing up in India; I have worked as a nurse, taught piano, homeschooled my kids, and worked as a mediator.  But underneath…

I have found it easier to access my intuition and listen to it. I feel more comfortable in my body. (read more)

I am able to see myself as the unique person I am and because of that my approach to others is more confident. (read more)

This journey of self-acceptance and growing in self-compassion has enriched my relationships with my family and others. (read more)